The pedigree of Cowboys and Aliens screams brilliance.

There’s some Cowboys and Aliens star power for ya — Harrison Ford and Daniel Craig. It’s like Han Solo and Indiana Jones meets James Bond, oh, it’s on! And let’s not forget the always awesome Sam Rockwell and Olivia Wilde. 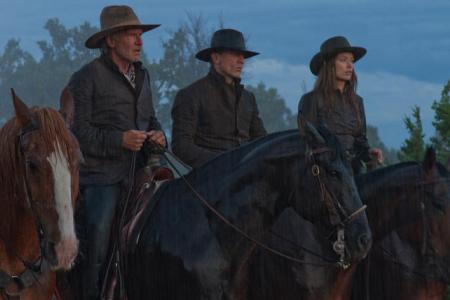 A genre-busting film is always a welcome addition to the cinematic landscape. By combining Westerns and sci-fi, director Jon Favreau is showing his cinematic confidence after bringing Iron Man to stratospheric success. His astute choices are seen throughout Cowboys and Aliens.

Given its unique premise, to simply say that the film is a hybrid of genres would simplify the story and the performances of its cast. Sure, the film’s setting is the classic old West. The Western feeling is dashed quickly by its classic science fiction fodder.

Cowboys and Aliens screenwriters have woven a web that is unique to both Western and sci-fi genres. A staple of Western storytelling is the stranger who waltzes into town unaware of how he got there. Well, what if said cowboy entered a Western town with its weariness of strangers, and the reason he didn’t know who he was or what he was doing there, was because he had been abducted by extra-terrestrials? 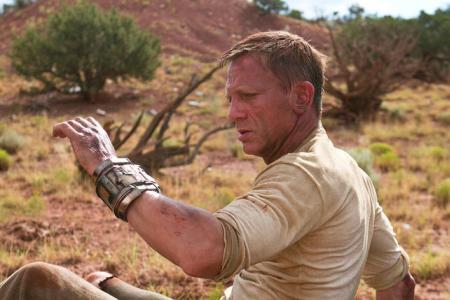 We adore Harrison Ford, but in all seriousness, Daniel Craig announces himself as a bonafide superstar in Cowboys and Aliens. Craig commands every piece of film he inhabits. As he pieces together his memories, the audience’s journey is firmly in Craig’s grasp.

There are a few moments of storytelling that falter, but when it comes to summer movie mayhem, Cowboys and Aliens is leagues above most. And on that note: Universal is having a sensational summer having opened with Bridesmaids, cruised into Fast Five and now closing out the summer season with the explosive and expansive Cowboys and Aliens. 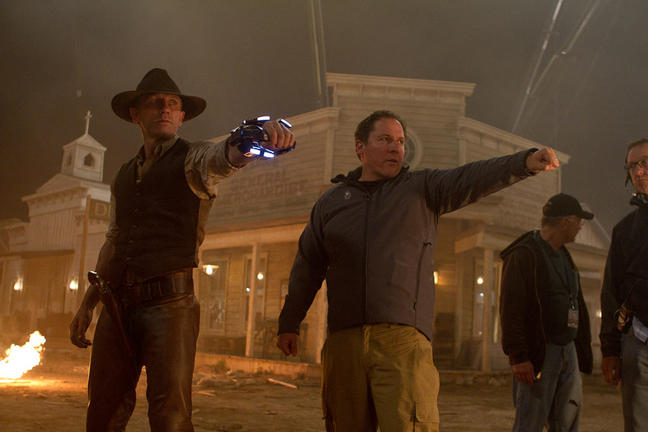 Favreau, whose acting we have always appreciated, really has us focused on where this talent goes next as a director. Iron Man was merely the first true chapter for this auteur. Under the watchful eyes of Cowboys and Aliens, producers Steven Spielberg, Ron Howard and Brian Grazer look for Favreau’s filmmaking palette to grow by leaps and bounds — this is a filmmaker to watch. As far as this critic is concerned, this is a cinema creator who should be categorized as a must-see.