America’s Got Talent put a third group of four through to the semifinals and we had a feeling Professor Splash would make the cut. Read on to find out who else moved on. Oh, and Stevie Nicks rocked the stage.

We weren’t blown away by Tuesday night’s acts, but we still managed to call three of the four acts who would be moving on to America’s Got Talent’s semifinals. 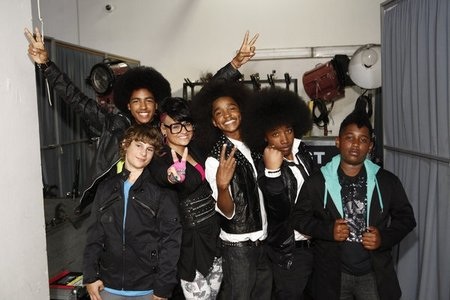 The first two acts going through to the semifinals are Poplyfe and Landau Eugene Murphy Jr. We definitely called the fact that Poplyfe would go through based on their killer rendition of Adele’s Rolling in the Deep. They have a cool, funky style. We didn’t think Landau Eugene Murphy Jr. would go through because he was a bit too old school jazz for us and we didn’t think America would get it — but we were wrong and that’s okay.

The third act to go through, and we did call it, was Lys Agnes. She made opera sexy and fun. Hey, anyone that can make us not fall asleep to opera deserves to move on.

The last act we called to move on was the high diving act of Professor Splash (he jumped from crazy heights into a shallow pool). This guy’s insane act was actually put through as a judges’ pick. We honestly thought America would have chosen him. Just for giggles, let’s take one more look at his crazy stunt.

Stevie Nicks also hit the stage with her new song For What It’s Worth and the classic sing-along song Edge of Seventeen. She never sounded better.

We’re not sure why one of our original picks, Summerwind Skippers, didn’t go through but that’s fine. So, we were off with one act. We still predicted three acts to move on. What did you think of this week’s America’s Got Talent? Did your favorites move on?