One Tree Hill‘s Paul Johansson is returning to season nine as a series regular and he’ll also direct an episode. 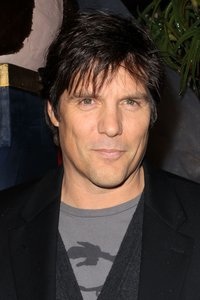 Paul Johansson is getting the best of both worlds. According to a report from TV Guide, the actor who plays bad guy Dan Scott will return to his role but also sit in the director’s chair.

According to the report, Paul Johansson, who has embodied the role of Dan Scott since season one of One Tree Hill, will direct one episode during the final season — which won’t be his first time behind the camera. He’s directed episodes in the past.

He was also recently bumped back up to a season regular on the CW’s hit show.

It’s not uncommon for actors to take a shot behind the lens, especially when a show has been in rotation as long as One Tree Hill has.

Season nine of One Tree Hill is slated to return on the CW with a midseason debut. What are your thoughts on actors turned directors? Do you think they should stick to memorizing lines or is it current to be multi-talented in the television business? Tell us your thoughts, we want to know.