American Idol winner Lee DeWyze is an engaged man. Read on for the details of his magical proposal.

The girl who landed American Idol’s Lee DeWyze is one lucky gal. The season nine winner popped the question to Jonna Walsh and she said yes! 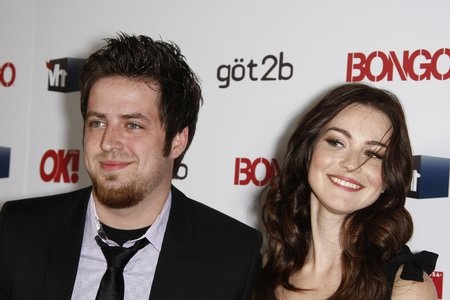 The 26-year-old model and actress managed to capture the shy singer’s heart and he proposed in the most spectacular of ways. Imagine being on a private yacht under the fireworks of Disney World in Orlando, Florida and the man of your dreams asks for your hand in marriage — that’s pretty much how it went down.

“Jonna is a Disney freak,” Lee DeWyze told People magazine of his July 16 proposal. He added, “They were playing love songs on the boat and I got down on my knee and asked her. I had a speech prepared but it all went out the window so I just asked her. She started crying and I said, ‘Is that a yes?'”

The couple has been dating for about eight months. They met while he was casting his video for Sweet Serendipity and despite their short romance, Lee said, “When you know, you know. We didn’t need to be together 20 years to figure it out.”

The newly engaged lovebirds plan to exchange vows in the fall of 2012.

Now that’s a love story we can get behind. Congratulations go out to American Idol’s Lee DeWyze and Jonna Walsh.