The Real Housewives of Beverly Hills is back with lots of drama — and threats!

The wild and enhanced ladies of Bravo’s The Real Housewives of Beverly Hills are back — and this time, LeAnn Rimes’ arch nemesis is there to stir up trouble. 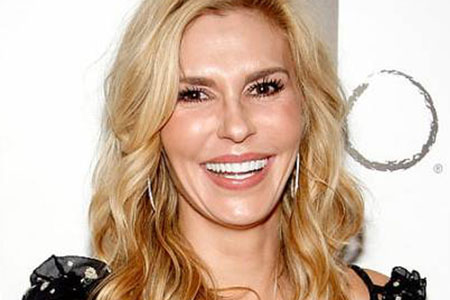 Brandi Glanville, the ex-wife of Eddie Cibrian, is joining the cast for season two and it looks like she’ll be there to cause catfights and generally create the kind of drama we’ve grown to know and love in the Real Housewives franchise.

“It feels like I went to Magic Mountain and got on the scariest roller coaster there, and once we started to go, I realized my seatbelt wasn’t fastened!” Glanville told SheKnows exclusively. “Somehow I survived the ride.”

We’d say it’s a wild ride, based on the promo video released by Bravo. In it, we see how Glanville gets in the other housewives’ faces about different issues — and she even says she’ll kill one of them!

Ultimately, Kyle Richards said the ladies all care about each other, even after last season’s craziness.

“Anything is better than last season,” Richards told SheKnows. “Actually we get along pretty well. We genuinely really do care about each other.”

Watch the teaser for The Real Housewives of Beverly Hills

Are you excited for this season?