The father of Amy Winehouse has announced plans to open a charity in her name, hoping to aid kids and addicts.

At Amy Winehouse’s funeral, Mitch Winehouse revealed his plans to start a foundation in his daughter’s name to help people with substance abuse issues, plus kids and horses. 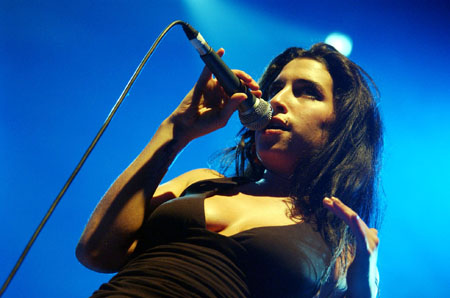 “I was with my cousin Michael when I heard and straight away I said I wanted an Amy Winehouse Foundation, something to help the things she loved — children, horses, but also to help those struggling with substance abuse,” Mitch said.

“In this country, if you cannot afford a private rehabilitation clinic, there is a two-year waiting list for help. With the help of Keith Vaz MP, we are trying to change that.”

Vaz is a member of British Parliament and said he would be “very happy to help Mitch in any way I can with his important campaign to help rehabilitate those most vulnerable in our society.”

During his eulogy to his daughter, Mitch said Amy was on her way to recovery at the time of her death.

“She was trying hard to deal with her drinking and had just completed three weeks of abstinence,” Mitch told fellow mourners. “She said, ‘Dad, I’ve had enough of drinking. I can’t stand the look on your and the family’s faces anymore.'”

No drugs or drug paraphernalia was found in the singer’s home by police when she died.

Amy Winehouse’s autopsy was inconclusive; a toxicology report is expected in two to four weeks.