Kate Bosworth and Alexander Skarsgard have broken up after two years together. What went wrong?

Actress Kate Bosworth and her True Blood boyfriend, Alexander Skarsgard, have sadly called it quits. Such a shame, because their kids would have undoubtedly been gorgeous. 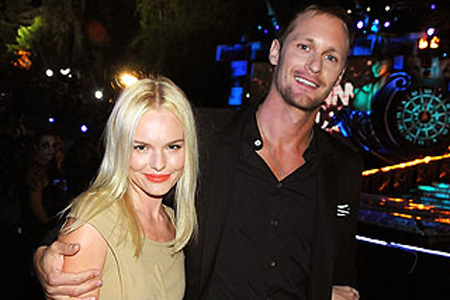 Bosworth, 28, and Skarsgard, 34, met while filming the movie Straw Dogs in Louisiana. She plays a married woman re-locating from California to the deep South, and he plays a shirtless construction worker. Hot! The movie hits theaters September 16th, so it should be interesting to see how the former couple handle all the press appearances together.

So, what went wrong? A source tells Us Weekly that “it was very mutual” and that “it happened a while ago.” The couple has not been photographed together since the Coachella Music Festival in April and pictures showed Bosworth chatting with friends while Skarsgard was busy looking (and texting?) on his phone. 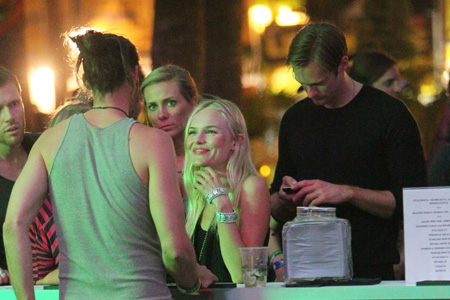 Skarsgard appears to be loving the single life. At the Comic-Con festival in San Diego on July 21st, Skarsgard was spotted having a boys’ night out, with his True Blood co-star Ryan Kwanten.

“Alex and Ryan came at the very end and were almost trampled by the crowd,” an eyewitness tells SheKnows. “They were both taking photos with fans and hamming it up. They arrived just in time for last call and ordered a round of shots.”

Skarsgard may have arrived with Kwanten, but he left with a brunette he had been flirting with, says Us Weekly. “He’s single and he is loving the attention!”