Little is known about the death of Dan Peek. The only statement released has been a short message on his web page stating, “Dan went to Heaven on July 24 2011.” 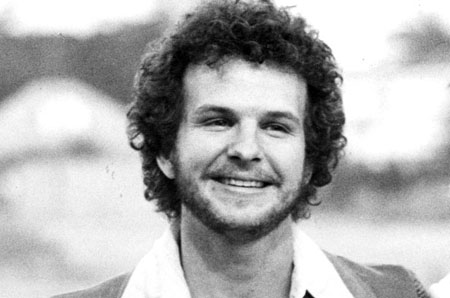 Peek was a founding member of the band America and collaborated on the group’s most popular hit A Horse with No Name. He left the band in 1977 to escape a drug-fueled rock and roll lifestyle and became a star in Christian pop music.

America bandmates Dewey Bunnell and Gerry Buckley paid tribute to their old friend on their website.

“I am so sorry to learn of Dan’s passing,” Bunnell wrote. “Dan, along with Gerry (Beckley) & myself, formed the band America as teenagers after being great friends in high school during the late ’60s. It was a joyous time for the three of us, full of excitement and laughter. We created lasting music together and experienced a life that we could never have imagined. Dan was an equal and integral part of that early history, and I have never forgotten the good times we spent making that music and learning about life together.”

Read on for more celebrity deaths on SheKnows >>>

“Although we eventually went our separate ways, his contributions to the music of America have always been present and will last forever. This news brings great sadness. My sincere condolences go out to his wife, Catherine, and the entire Peek family. May Dan rest in peace, and his memory be cherished forever.”

Beckley wrote, “I am deeply saddened to hear the news of Dan’s passing. He was a dear friend for many years. Dan & his music will live on in the great songs he shared with us all. My sincere condolences go out to Catherine and the entire Peek family. May he rest in peace…”