The rumored cast of Sex and the City 3 has just been unveiled by the UK Daily Mail. Did they get it right with their choices for Carrie, Samantha, Miranda and Charlotte? 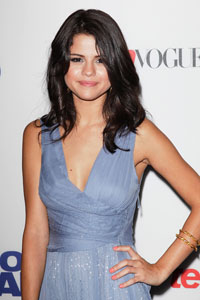 We can’t believe it: Sex and the City 3 is really happening! The third installment of the uber-popular series based on writer Candace Bushnell’s books will start filming later this year, according to the UK Daily Mail.

Other news outlets are saying it’s still a rumor, but the Daily Mail is saying it’s a done deal.

Don’t expect to see Sarah Jessica Parker and the gang back on your big screen. Instead, Sex and the City 3 is based on Bushnell’s prequels to the series: The Carrie Diaries and Summer and the City. Both books go through the lives of our favorite foursome before they became the Manhattan tour de force that we all know and love (or love to hate).

The only problem? They’ve reportedly already cast the leads for the film — and they’re so off-base it’s scary. It’s like they just threw darts at a wall filled with photos of every Hollywood “it” girl and called it a day. Carrie is none other than the younger sister of Mary-Kate and Ashley Olsen: Elizabeth Olsen. The younger Olsen, 22, lacks that sort of Midwestern girl charm and wide-eyes that Carrie has as a young transplant in the big city.

Sexpot Samantha will be played by none other than the pot-pie loving Blake Lively. Sure, Lively is sexy — and blond — but she hardly has that sort of easy naughtiness that Samantha needs. However, the first two aren’t nearly as miscast as the second two: Emma Roberts as Miranda and Selena Gomez as Charlotte.

No, no, no! We love some Emma Roberts — she’s pretty, smart and talented — but she’s no Miranda. Roberts lacks Miranda’s level-headedness and brains — and dare we say she’s a bit too spunky for the role. As for Gomez — where do we start? Sure, we like her — she’s the Biebs’ girlfriend and a pretty good actress and singer, after all. However, she’s nowhere near as neurotic as Charlotte and thinking of her talking about sex makes us think about Justin Bieber and sex in the same sentence. Just… no.

SheKnows casts Sex and the City 3

Okay, so we’re outspoken about our disdain for the new cast of Sex and the City 3. Our parents taught us to put up or shut up, so we did our own little casting of the film and this is who we think make the best Carrie, Samantha, Miranda and Charlotte.

Oh, and Sex and the City 3 producers can feel free to use our casting advice if it’s not true and Lively, Roberts, Gomez and Olsen aren’t already cast for the film. We’ll just take our cut from the profits, okay?

Go with us on this one: Leighton Meester is gorgeous, but she knows how to play innocent well (remember her in Country Strong?). Meester can draw on her past to play new-girl-in-a-big-city Carrie Bradshaw — and she’ll know how to turn on the New York charm, thanks to her Gossip Girl training. 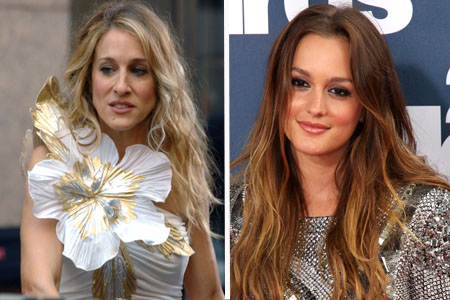 True Blood queen Evan Rachel Wood is a bit dark, definitely sexy — yet, she’s approachable. She’s like that cool chick that every guy wants and every girl wants to be friends with — making her the perfect person to show Carrie how they do it in New York City.

Oh, and she’s a blond so that takes care of that part. 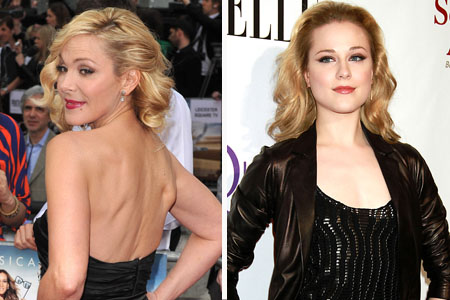 Charlotte is pretty, brunette and a bit crazy — so is Lea Michele. Well, Michele is pretty and brunette, but she’s probably not a nut. She does play a nut, though: Rachel Berry on Glee, anyone? Michele has the right sort of mixture for the perfect young Charlotte. 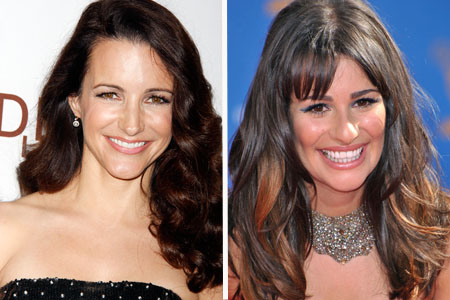 Kat Dennings has created a cult following for playing sexy and smart characters in movies like Nick and Norah’s Infinite Playlist and she received rave reviews for her turn in Thor. Dennings can play the politically-minded Miranda and actually make it believable, unlike Roberts. 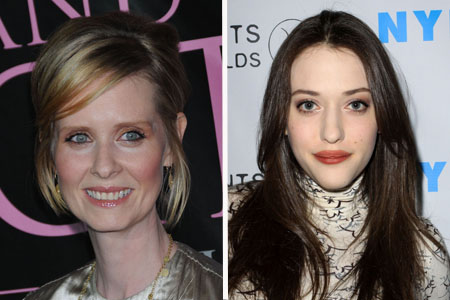 Now, your turn: Who would you cast in Sex and the City 3? Did we nail it with our picks, or do you have better ideas?