Actress Selma Blair had kept the sex of her baby a secret, but now the secret’s out: It’s a boy! 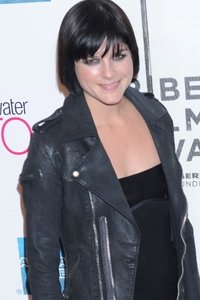 There’s a new man in the life of Selma Blair. That’s because the actress has just had a baby boy, her rep confirmed to SheKnows.com.

Related story Selma Blair Gets Vulnerable About the Reality of MS: 'It Feels Like I Am Just Breaking Down'

Blair, 39, and Bleick met when the two collaborated on Bleick’s EVER line. The couple, who are not married, decided to keep the sex of the baby a secret until delivery time.

The family is in a good place, according to earlier reports.

“Selma never thought she could be this happy,” said an insider in January. “Her life right now is a dream come true!”

The petite Blair certainly has a lot on her hands. In addition to Arthur, she’s in the middle of four film projects, including Dark Horse, Replicas, Four Saints, Different Kind of Love and the short film Animal Love.

We wish her and her men all the best.