Congressman David Wu (D-OR) pulled a Weiner this morning and announced his resignation amid accusations he made unwanted sexual advances toward a major campaign contributor’s 18-year-old daughter.

Related story So Anthony Weiner sexted around his kid — so what?

David Wu’s resignation follows a path similar to that of Anthony Weiner (D-NY), a fellow U.S. House of Representatives member who resigned in June after mounting pressure from fellow Congressmen and media outlets. 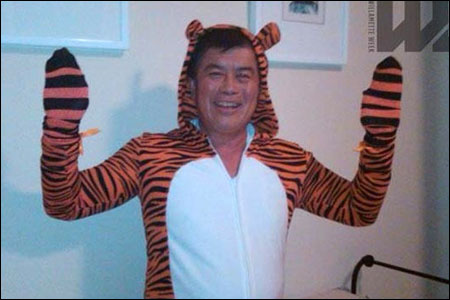 Wu’s situation gives late night talk show hosts far less material given the serious nature of the allegations and the man’s questionable past. As a junior at Stanford in 1976, his girlfriend at the time accused him of sexual assault. He claimed the encounter was consensual and charges were never filed.

Wu’s recent flurry of negative press was initially broken by one of his own — a local paper, The Oregonian, led the charge by posting the Stanford story in 2004 and the most recent accusation on July 22, 2011. The Congressman has been in office since 1999 and stated he will step down once the debt talks are resolved in the coming weeks. Democratic leader Nancy Pelosi called for an Ethics Committee investigation.

Wu has revealed to the press he is recently separated from his wife, struggled with alcohol and is seeking mental health treatment.