Director Sam Raimi has returned to his native Michigan to start production on his new movie Oz: The Great and Powerful. The fantasy film has a top tier cast that includes Oscar winners and nominees like Rachel Weisz, James Franco and Michelle Williams. 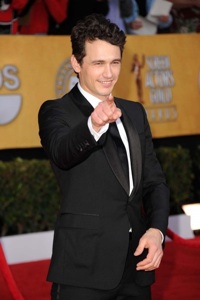 Oz: The Great and Powerful is a prequel of sorts to the classic L. Frank Baum tale The Wonderful Wizard of Oz. In it, James Franco plays the title character, Mila Kunis and Rachel Weisz play sister witches Theodora and Evanora, while Michelle Williams takes on the coveted role of Glinda the Good Witch.

The story follows a young and unsuspecting Oscar Diggs (Franco), a small-time circus magician with dubious ethics, who’s hurled away from Kansas to the vibrant Land of Oz. And just when he thinks he’s hit the jackpot where fame and fortune are concerned, he meets three witches who see through his “magical” act.

Production of Oz: The Great and Powerful began on July 25 at the new Raleigh Michigan Studios in Pontiac. The film is produced by Walt Disney Pictures, which means it will be epic in scale. If you’re going to tackle the story of Oz, you have to go big or go home!

Oz: The Great and Powerful is slated to hit theaters on March 8, 2013.