Just weeks after revealing her baby news to the world, Jersey Shore cast-off Angelina Pivarnick has suffered a miscarriage. See what Angelina has to say about the baby daddy.

News of a Jersey Shore miscarriage comes by way of Angelina Pivarnick. The former Jersey Shore cast member has opened up about the baby she recently lost, and believes she knows what caused her miscarriage. 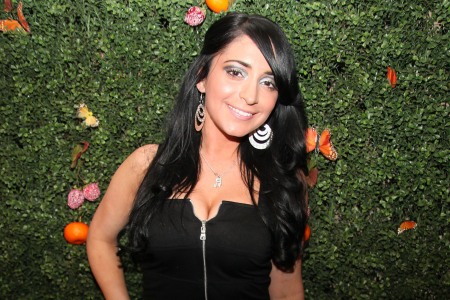 Angelina Pivarnick has had a wild past few months. In April, the former Jersey Shore star announced her pregnancy. Just one week later, amidst scandalous cheating reports, she was dumped by fiance David Kovacs.

Now Angelina Pivarnick says she has suffered a miscarriage and the stress of the media is to blame. The Jersey Shore star appeared on Father Albert’s show to talk about her partying past. “Everyone in the tabloids and media weren’t really leaving me alone about it,” she said. “Basically I wanted it to be my personal business and it really wasn’t.”

Jersey Shore‘s Angelina Pivarnick continued, “It was really hard and I went through a lot of stress and I ended up losing the baby.”