SheKnows: Where does it fit for you in your career to be part of something that has rocked Europe since the 1950s?

Alan Cumming: I really am inspired as an artist is to be part of this big cultural event. It’s fun, you know. Coming from Scotland, it was a part of my past. It’s great to be able to take the fans, the grandchildren — to be seeing a film that you’re a part of that’s as huge as The Smurfs. It’s lovely. The James Bond film I was in was also awesome for me. [Stops cold and shakes his head.] I’m in a James Bond film. I grew up with them. Even the X-Men movie and things like that. You have been an outsider and now you’re inside it. It’s great [laughs]. 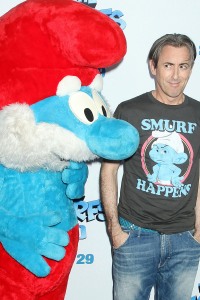 SheKnows: You said that you grew up in a smaller town.

SheKnows: What was it that drew you to this business? Was it something you saw on television?

Alan Cumming: No, it’s more actually my brother is a bit older than me and we lived in a very remote place. A lot of my play was making up things, making up stories for myself and my family and friends. Then, I didn’t know what an actor was or that it was a job or anything. Then there was a little theatre in the local city and an education troupe came to my primary school and did a show in the dining hall. I was fascinated by them. It was about Highland history and stuff that you’d been taught in history — suddenly it came to life. I was mesmerized. I remember seeing them afterwards putting their trunks in the van going on to the next school. I remember thinking, “Wow, this is exciting. I want to do that.” It’s kind of like joining the circus [laughs]. That was really when I thought I want to do that. What was funny was when I was 20 I was still in drama school but I was working in Scotland — in Glasgow in Macbeth — and the woman who played Lady Macbeth had been in that troupe that came to my school… And she was like don’t you dare tell anyone [laughs]. 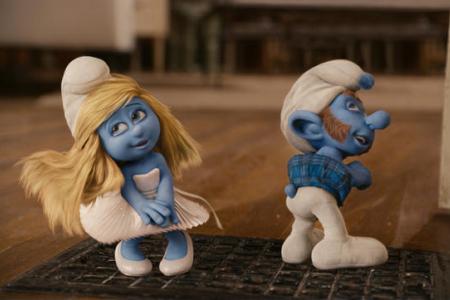 SheKnows: I know that the stage work you do is very important to you. How do think working on a stage enhances the work that you do on TV and in film?

SheKnows: Your work on The Good Wife has just been absolutely astounding. How has that experience been for you? In a way has it been a nice surprise?

Alan Cumming: It has been a surprise. It’s been surprising in many ways. I went for a couple of episodes and that was nice and all of a sudden, now here I am in season three, a regular part of the whole thing. That’s been a surprise. It’s been a surprise to find how much I enjoy serious television. I love the fact that you don’t know what’s going to happen next week. I love the routine of it and I do love the people I’m working with and the writers are great. And I’ve also been very surprised by people’s reaction to it. It’s been very positive. But also I think I realize that people are, “Oh, he’s doing that. That’s something quite different for him.” I’m aware of the audience’s enjoyment of the fact that it’s me in something they haven’t seen me do before — which is very nice. They seem to be paying attention to the past. And also finally, it’s a surprise for me to realize I don’t play normal people. I don’t play people very often. I don’t play real people. I’m playing a man in a suit possibly for the first time ever, you know, someone who’s a normal person. Of course he’s not normal, but I realize that I don’t need to play real people very often. That’s quite interesting to realize. 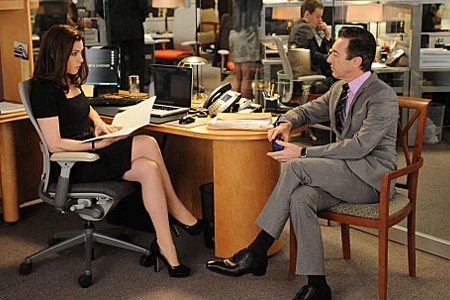 SheKnows: How is it filming in New York?