All My Children is facing a delay in the switch from television to the web. Read on for all the soapy details. 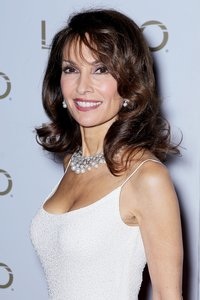 Soap fans learned with heavy hearts thatAll My Children would be cancelled, only to learn it would be relaunched online. Now, fans have been dealt a new blow with the news that the online launch will be delayed.

According to the New York Times, contract negotiations could delay the online debut of All My Children.

The staple soap that launched Erica Kane into stardom is scheduled to air its last show on ABC September 23 and the online episodes were set to begin days later. Unfortunately, budgets and negotiations with unions and guilds dealing in the area of production could hold up the web debut until early 2012.

A deal was made to sell the online rights of both All My Children and One Life to Live to Prospect Park to let the shows live on, but a few hiccups are holding AMC up.

“We are in the process of working out the essential terms of our proposed collective bargaining agreements with the appropriate guilds and unions, which we must do prior to firming up deals with above and below-the-line talent,” Prospect Park said in a statement Monday.

One Life to Live isn’t set to stop airing on television until January 2012 and both shows are expected to continue on with their story arcs.

Are you bumming over the delayed state of All My Children on the web? Tell us, we want to know.