Zoey Deutch is on deck to take over the role of Juliet on CW’s Ringer. 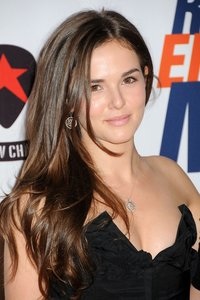 The CW’s Ringer is set to debut and they’ve decided to recast the role of Juliet. According to TVGuide.com, Zoey Deutch will step into the Ringer role, replacing Caitlin Custer.

The character of Juliet is the daughter of Andrew (Ioan Gruffudd) and stepdaughter of Siobhan, who is played by Sarah Michelle Gellar.

You may or may not know this little tidbit, but Zoey Deutch is the daughter of Lea Thompson. She was previously on Disney’s Suite Life on Deck and was originally part of Mark Cherry’s pilot Hallelujah.

Ringer is set to mark a big TV comeback for Sarah Michelle Gellar who once portrayed famed vamp killer Buffy Summers on Buffy the Vampire Slayer.

She’ll now take on the double role of twin sisters Siobhan and Bridget on Ringer, as Bridget takes her sister’s identity after going on the run.

Don’t forget to check out Ringer’s debut on the CW Tuesday, September 13. In the meantime, to satisfy your SMG craving, check out the Comic-Con first look at Ringer. It looks like Sarah Michelle Gellar is ready to reclaim her spot on the TV chain.