The Bachelorette‘s Ashley Hebert got some one-on-time time with her final three men, but not all the overnight dates went off without a hitch. Read on to find out why Constantine left Ashley out in the cold.

With the hometown dates behind us, the all-important overnight dates in Fiji were the focus of this week’s episode of The Bachelorette and while some men brought the heat, one walked away. Plus, the return of Ryan made us want to cringe. 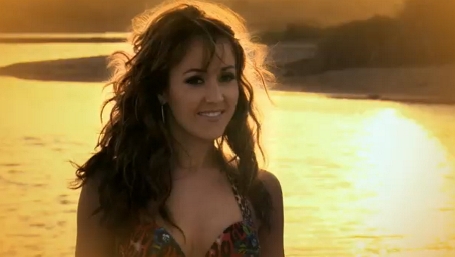 We were hoping we were wrong on our information, but we weren’t. Ryan returned after being eliminated in Taiwan to surprise Ashley and ask for another chance to explore their love — yuck! The worst part of it all? She gave him a chance to plead his case. Thank the heavens she realized she was right the first time — always trust your gut, girl. She cut him after a few days of reflection and thought.

We’ve loved Ben F. ever since he took Ashley for a ride through Taiwan on a moped. Despite his need to please his family with his choice in a wife, we couldn’t have found a better connection between two people — both physically and mentally. 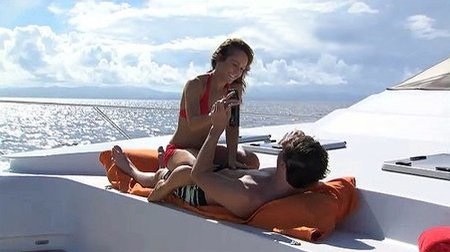 Holy hotness! When they started rubbing the SPF on each other we couldn’t help but blush — and that wasn’t even the overnight part of the date. As the day turned to night, Ben decided to take the leap and admit the L-word was on his mind and we couldn’t help but want to shake Ashley through the TV and tell her to just stop this all and marry him! He jumped at the chance to take the fantasy suite key.

ASHLEY IS SHOCKED BY CONSTANTINE’S CHOICE

We knew Constantine was going to be bad news when we heard he wasn’t sure he’d be ready to propose to Ashley and on the overnight date he proved our theory right. 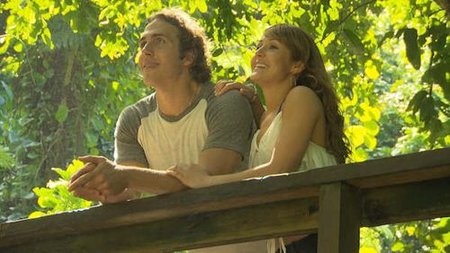 Their date started fine with a helicopter ride and romantic swim in a waterfall, but we got nervous when they started talking about his need to think things through. It went from bad to worse when Constantine admitted he couldn’t take advantage of the fantasy suite knowing he didn’t have the desire to take it to the next level.

Ashley and J.P. have an undeniable emotional connection and he was originally our frontrunner. With that said, we’re not sure they have that playful excitement and want to explore the world together like she’s had with other guys — but if you talk to them, the passion is off the charts.

During the overnight they couldn’t even enjoy the evening without blabbing about other guys or how the competition was weighing on them — Ben F. didn’t waste time talking about negative aspects, he just focused on Ashley — so why did J.P. have to? Even though they used the fantasy suite key, it still was blah compared to Ben F. and Ashley’s date.

Well, with knowing that Constantine eliminated himself and Ashley wising up and not letting Ryan back into the competition, the rose ceremony was a no-brainer. J.P. and Ben F. moved on to take one last shot at winning Ashley’s hand in marriage.

What did you think of this week’s episode of The Bachelorette? She really didn’t choose the final two — it was kind of handed to her.