Werewolves are often portrayed as violent, dark and sexy.

In the Syfy channel’s hit show Being Human, our fuzzy friend is a bit of a mess. We got to chat with star Sam Huntington last week at the San Diego Comic-Con about playing Josh and what’s up for him in season two. 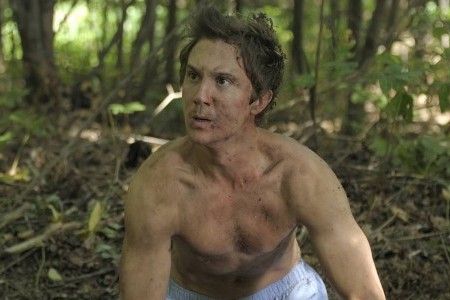 Being Human werewolf Josh is having a rough time adjusting to life as a creature of the night.

Sure, he lives with his friends Aidan (Sam Witwer) and Sally (Meaghan Rath), but they’re a vampire and a ghost respectively.

Well, it was rough for poor Josh. We caught up with Huntington at Comic-Con last week and got a sneak peek at what’s coming for him in season two. Check out our video interview below.