In the Syfy channel’s Being Human, Sam Witwer (Smallville) plays Aidan the vampire.

And this one doesn’t glitter in the sun. No, this vamp is dangerous, though he tries to be good. 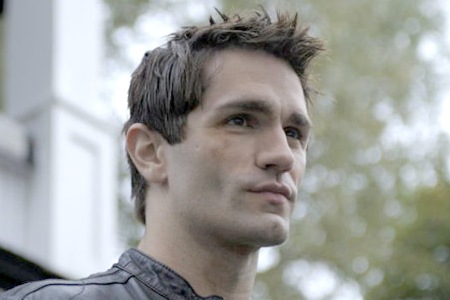 We got to chat with Sam Witwer at last week’s San Diego Comic-Con where he gave us the scoop about what’s coming in season two.

In Being Human (the US version), Sam Witwer is a vampire living with his two buddies. Those buddies are a werewolf (Sam Huntington) and a ghost (Meaghan Rath).

As you can imagine, things don’t always run smoothly when the otherworldly hang with humans.

Witwer gave us some info about what we’ll see in season two of the hit series, including what we’re going to learn about his past and how dark things are going to get. Check out our video interview below.