Jermaine and Randy Jackson have problems with the timing of the Michael Jackson tribute concert. 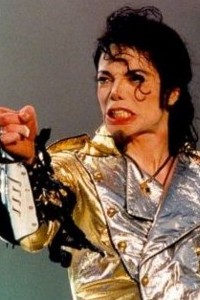 It looks like there’s something starting in the Jackson family.

Members of the Jackson family, led my matriarch Katherine Jackson, announced Monday in Los Angeles a tribute concert for the late Michael Jackson, titled Michael Forever: The Tribute Concert, and it’s set for October 8 at the Millennium Stadium in Wales, U.K.

No performers have been announced yet for the show, produced by Global Live Events.

Don’t expect Jermaine and Randy Jackson to be there. The brothers took to Twitter later Monday to say that the concert is “inappropriate” and “ill-timed” as it will coincide with the involuntary manslaughter trial of Dr. Conrad Murray, Michael’s personal physician who is charged in his 2009 death.

“The decision to proceed with this concert disrespects opinions and wishes expressed in the strongest terms to Global Live during conversations in April when this event was presented to the majority of the family as an idea already in its advanced stages,” read the TwitLonger.

Jackson patriarch Joe Jackson was not at the concert announcement, according to The Hollywood Reporter, nor was sister Janet Jackson, who’s presently on a concert tour.

Proceeds from the show will benefit the AIDS Project Los Angeles and the Prince’s Trust. Tickets, ranging from $100 to $550, will be sold through www.michaelforevertribute.com starting August 4.

“There will come a time and place for an amazing and deserving tribute to Michael,” said Jermaine and Randy. “But we feel that the most important tribute we can give to our brother at this time is to seek justice in his name.”