I was lucky enough to host the Merlin panel at the San Diego Comic-Con this past week.

Backstage, I got exclusive access to star Colin Morgan who plays the young warlock Merlin. Colin was kind enough to give us the scoop on season four! 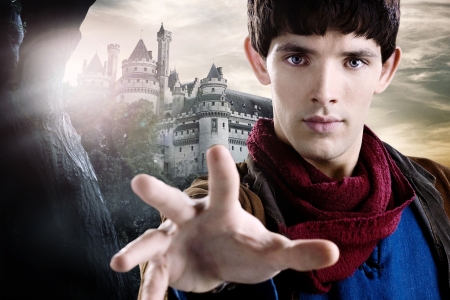 Colin Morgan stars in the hit BBC series Merlin which airs in the U.S. on the Syfy channel.

He plays Merlin, the young warlock who keeps his magic a secret.

In the realm of the future King Arthur’s father Uther, magic is banned and the punishment for wielding it is death.

Morgan gave us the scoop on the darkness we’ll see this upcoming season, whether or not the unlucky in love Merlin will finally hook up, a dragon episode and even more secrets!

Check out the video below from our visit to Comic-Con.