Captain America: The First Avenger muscled its way past box office incumbent, Harry Potter and the Deathly Hallows Part 2. Captain America stole the crown from Potter for the weekend of July 22-24, 2011, banking $65.8 million. 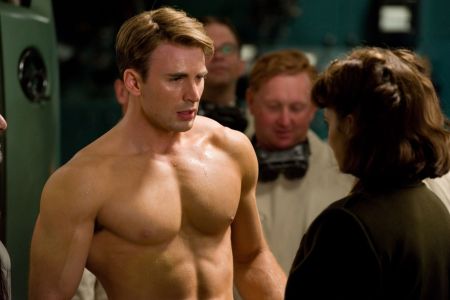 The film is in fact out in 3D, but word is 60 percent of fans chose to go old school and watch it in 2D this weekend. Thor‘s $65.7 million opening in May is a very close figure, but Chris Evans’ Captain took the lead, in terms of attendance. The real question now is whether the WWII-era adventure will build to compete with Thor‘s $445 million (and counting) worldwide gross.

Less of a question, however, is whether or not we’ll see another Captain America installment in the near future. That was announced back in February.

Harry Potter and the Deathly Hallows Part 2 fell hard this weekend, banking $48.1 million. After blowing away the competition and several opening weekend records last weekend, Potter built to an impressive $226 million in its first week, ranking third in the list of biggest all-time seven-day hauls, behind The Dark Knight and Transformers: Revenge of the Fallen.

The record for Potter this week? Biggest second-weekend decline of all time — ouch! Don’t feel too bad for the wizards, however. Not only did Potter‘s opening more than double the Captain‘s opening numbers, but the final Potter installment has so far banked $274.1 million stateside and $834.6 million internationally.

Justin Timberlake and Mila Kunis‘ Friends with Benefits wouldn’t mind those numbers. The new release did manage to pull ahead of Transformers: Dark of the Moon, banking $18.5 million to make the top three.

Transformers 3 banked an additional $12 million this weekend, for a total domestic take of $325.7 million and an international total of $882.4 million. The film’s $195 million budget is well covered by now.

The top 10 stayed the same from there, with Horrible Bosses closing out the top five and Zookeeper, Cars 2, Winnie the Pooh and Bad Teacher following, in that order.

Woody Allen’s Midnight in Paris closes out the top 10 and with $44.9 million banked so far, the Paris hype is raising some controversy. Many are reporting Paris as Allen’s biggest hit yet, but anyone alive in the 1970s and 1980s knows that can’t be true. Younger moviegoers might have to look to the math: Annie Hall‘s $38.3 million bank in 1977 bumps up to $142.7 million in today’s money, according to inflation calculations. 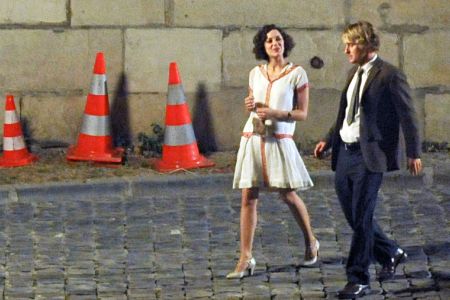 Allen and Owen Wilson still have a right to be proud, however. Midnight in Paris first made its way into the top 10 after its second weekend, May 27–29, when it was still only showing in 58 theaters. It’s been kicked out of the top 10 twice, but stubbornly returned to the winner’s circle both times.

Next weekend offers some fresh competition at the box office, including The Smurfs (3D/2D), Cowboys & Aliens, Life in a Day and Crazy, Stupid, Love; and limited releases, Assassination Games, Attack the Block, The Guard, The Devil’s Double and The Future. Folks in New York and Los Angeles can also keep an eye out for El Bulli: Cooking in Progress, Golf in the Kingdom, Good Neighbors, The Interrupters, Point Blank and Sleep Furiously.