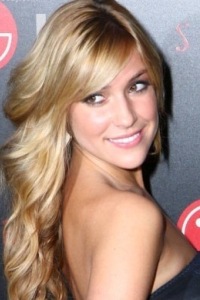 A source tells SheKnows former Hills star Kristin Cavallari looked anything but upset Saturday as she danced the night away at Hollywood hotspot The Beverly.

“Kristin was spotted, for the first time, without her 5.2 carat engagement ring,” says our eyewitness. “The breakup didn’t even seem to faze her. She was there to party.”

The newly single star was joined by Nicky Hilton and Alessandra Ambrosio and the ladies enjoyed signature drinks from the bar’s resident mixologist, former Top Chef contestant Marcel Vigneron. After a few rounds the ladies got loose, says our source.

“Nicky and Kristin were dancing on the banquet of their VIP table,” says our eyewitness. “Kristin was smiling and in great spirits. She also was not hesitant to chat with male suitors.”

Cavallari’s cavalier demeanor is actually quite surprising considering another source tells SheKnows that Jay Cutler did the dumping in their breakup.

FOR MORE ON KRISTIN AND JAY’S RELATIONSHIP