The results of the Amy Winehouse autopsy are in. What caused the star’s death? 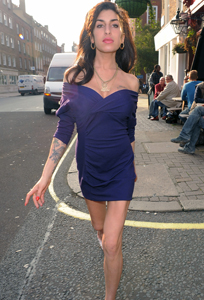 Unfortunately, the Amy Winehouse autopsy did not tell authorities much.

London Metropolitan Police say that although the autopsy has been completed it did not establish a cause of death — and that further toxicology tests are needed.

According to the coroner’s office, “A section 20 post mortem has been carried out today and samples have been taken for histology and toxicology to determine the cause of death.”

“The scene has been examined by police who have deemed it non-suspicious.”

Those test results should be available in two to four weeks.

Amy Winehouse was found dead in her bed by her bodyguard in her London home on Saturday morning.

“Amy was on her own at home apart from a security guard who we had appointed to help look after her over the past couple of years,” her rep Chris Goodman confirmed.

“She was in her bedroom after, saying she wanted to sleep and when he went to try to wake her, he found she wasn’t breathing.”

“He called emergency services straight away. She died alone in bed.”

While officials have cautioned the public not to speculate on what killed her, the general consensus is that the troubled star overdosed after struggling with drug and alcohol addiction for years.

Sources close to Winehouse say she was spotted buying a large amount of drugs in the house before her death and that she was distraught over her recent breakup from Reg Traviss, but police say no drug paraphernalia was found in the home.

The singer’s last trip to rehab was in May.