Jay Cutler reportedly called off his engagement to Kristin Cavallari. Was it because she wouldn’t give up her friends? 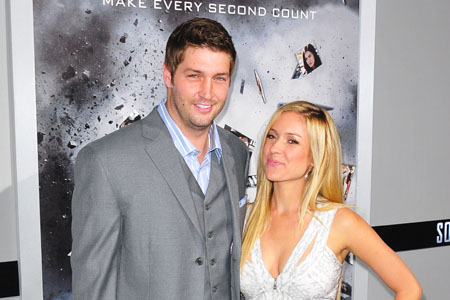 “Thanks for the support. Love u guys,” Cavallari tweeted Sunday night.

So, who put the kibosh on the relationship? Sources close to the couple say it was Cutler who broke it off with The Hills star, though other friends are saying it happened because Cutler wanted to be in charge.

“Jay Cutler was beyond controlling and didn’t really like Kristin to go out,” a source close to the couple told People. “When she did go out, he called all the time and demanded to know exactly where she was going and who she was with.”

Among Cutler’s demands? It was either him or her friends.

“He made her choose between him and being friends with a lot of her girlfriends. I’m not surprised it didn’t last,” the source continued.

Yeah, we’d choose our friends too — especially with an attitude like that.

Are you surprised that Kristin Cavallari and Jay Cutler called it quits?