Jay Cutler has officially confirmed that he and Kristin Cavallari have called off their engagement. 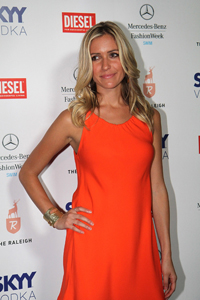 Rumors that Jay Cutler and Kristin Cavallari called off their engagement surfaced over the weekend, and now the football star has officially confirmed the split.

Instead of going through his rep, Cutler let his Facebook status do the talking when he changed his relationship from “engaged” to “single” Sunday night.

Cutler then took fans to task who tried to console him by bad-mouthing Cavallari and making snide remarks about his performance on the football field.

“Thank you all for the support, but if you talk bad about Kristin I will delete and block you,” he wrote.

“It’s unecessary [sic] and heartless. Also, don’t say now I can play football, I could play football when I had her compared to when I don’t. Football is the least of my worries, so have some respect.”

Kristin hasn’t given any specifics on the split yet, but she is kind of mentioning it on Twitter, telling fans, “Thanks for the support. Love u guys.”

Cutler and Cavallari got engaged after a 10-month courtship and were planning a spring 2012 wedding.