Lauryn Hill’s baby has arrived, making her the mother of six! Both the singer and baby boy are reportedly well after a scary moment during delivery.

Lauryn Hill’s sixth baby is a boy! While questions remain about who the baby’s father is and if Rohan Marley has entered into a new relationship, we are thankful that both Lauryn Hill and the baby are safe after a scare in the delivery room. 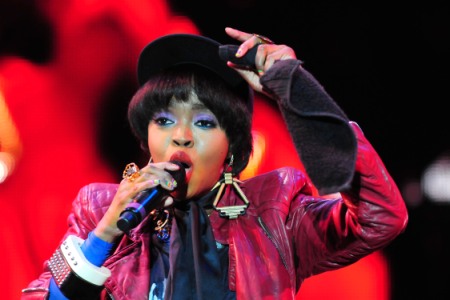 A source tells Black Celeb Kids that Lauryn Hill’s baby boy was born Saturday night. “Mother and baby are fine,” says the source, who adds that Hill and family “had a little scare because the baby came out [of] the womb with the umbilical cord wrapped around his neck. All is well now and everyone is happy.”

SheKnows has reached out to a rep of Lauryn Hill to confirm the baby’s arrival and ensure everyone is now doing well.

Rumors continue to swirl around the singer and on/off partner Rohan Marley. The pair are parents of five children — Zion David-Nesta, 13, Selah, 12, Joshua, nine, John, seven, and three-year-old Sarah. Recent reports claim Rohan broke up with Lauryn during her pregnancy and is now dating a Brazilian Victoria’s Secret model.

In response to the rumors, Rohan Marley tweeted Saturday, “Ms. Hill is the mother of my children, whom I have a tremendous amount of love and respect for. I would never do that. The nature of our relationship [is] something we don’t expect people who spread gossip for a living to fully understand.”

However, just last month Rohan Marley seemed to deny he was Lauryn Hill’s baby daddy. In reply to news breaking that she was expecting a baby, he tweeted, “2 things, I’m not married and I don’t have anyone expecting anything.”

At any rate, congratulatory wishes are in order for anyone willing to welcome them. We’re happy to hear of Lauryn Hill’s baby news — especially that everyone is healthy!