Kristin Cavallari and Chicago Bears quarterback Jay Cutler have called off their engagement. With a seemingly happy Cavallari planning her wedding up until recently, the world wonders — where did they fumble? 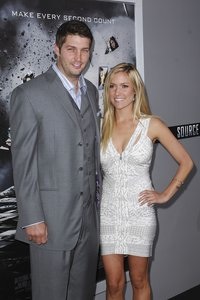 While details are just starting to come in over the called-off engagement between former Hills star Kristin Cavallari and Chicago Bears quarterback Jay Cutler, we can say it looks as though Cutler did the dumping.

A source tells SheKnows that less than a week ago the would-be bride was giddy with nuptial glee and even hired a wedding planner in Chicago. That certainly doesn’t sound like a bride who called off the wedding on her own.

So, what went wrong in such a short period of time? We’re starting to believe the reports that Jay Cutler got a case of “cold feet” just might be accurate.

With important details of the big day already being put into motion, like a supposed Monique Lhuillier wedding gown and recently posted wedding registry, Kristin is reportedly “stunned.”

Neither the duo nor their reps have released an official statement, but word is Kristin Cavallari was spotted minus her engagement ring last night (July 24).

What are your thoughts on the ended engagement of Kristin Cavallari and Jay Cutler? Do you think they’re completely over, taking a break or just going to stay dating?

34 mins ago
by Grace Kang

54 mins ago
by Grace Kang