Mary J. Blige opened up during her VH1 Behind the Music about being molested as a child, as well as beating her addictions to drugs and alcohol.

Related story One of J.Lo's Famous Exes Commented on Her Instagram (& so Did A-Rod) 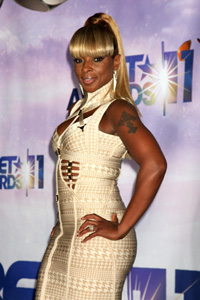 Grammy award-winning singer Mary J. Blige overcame sexual abuse as a child, as well as drug and alcohol addictions to get to the serene and successful place she is now.

“When I was five years old I was molested and just, you know, I remember feeling, literally right before it happened, I just could not believe that this person was going to do this to me,” Blige reveals on Vh1’s Behind the Music. “That thing followed me all my life. The shame of thinking my molestation was my fault. It led me to believe I wasn’t worth anything.”

She said this led to her “spiraling down” in alcohol and drugs. After abusing cocaine and alcohol, she said she looked years older than she really was, had dark circles under her eyes and her vocals were failing her.

“I really didn’t care about myself; I was borderline suicidal… I was like the walking dead; just smoking and drinking and hanging.”

She says her husband, Kendu, and prayer helped her get clean and sober (“I didn’t wanna be just this alcoholic burden on him”) and, as far as her career, she gives credit to Diddy.

“If it wasn’t for him I probably wouldn’t have made it this far in my career, because he pushed me, challenged me to challenge myself.”