The parents of Amy Winehouse are speaking out about the untimely death of the famed singer.

Amy Winehouse died on Saturday, and her parents have released a heartbroken statement about their daughter’s death. 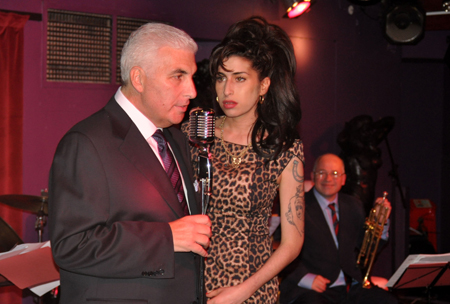 “Our family has been left bereft by the loss of Amy, a wonderful daughter, sister, niece. She leaves a gaping hole in our lives,” they said.

“We are coming together to remember her and we would appreciate some privacy and space at this terrible time.”

Amy Winehouse‘s mother Janis saw her less than 24 hours before she died, and says that although she has almost expected to get this sort of news for years, it doesn’t seem real.

“She seemed out of it,” Janis said of her last meeting with Amy. “But her passing so suddenly still hasn’t hit me.”

The last words Amy said to her mother? “I love you, Mum.”

“They are the words I will always treasure and always remember Amy by,” Janis said.

Amy is pictured above with her father, Mitch Winehouse.