The first thing that comes to our minds when we think of Tyrese Gibson is muscles. Especially ab muscles. Rock-solid ones. Oh, and that megawatt smile. But Grammy-nominated singer/actor/model Tyrese has much more to offer than his killer looks: Catch him in theaters now in Transformers: Dark of the Moon. And yes, because we knew you were going to ask, those muscles do make several appearances — score! 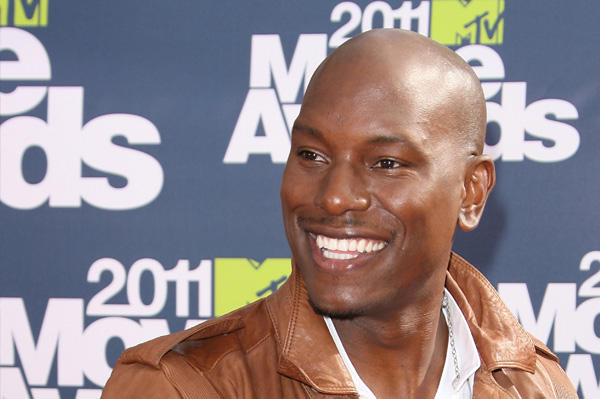 He came from little and accomplished a lot 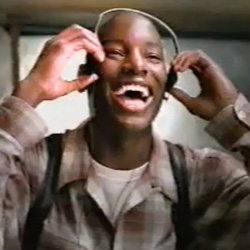 Talk about humble beginnings: Tyrese grew up as the youngest of four kids in a single-parent household, and he got his big break in a super-normal way: When he saw a sign posted in his high school saying Coca-Cola was looking for an African-American male, age 16-18, for a commercial, he hopped on the bus to get to the audition — and landed the part.

The 1994 commercial, which features a headphones-wearing Tyrese singing his heart out on a bus (ironic!), quickly gained popularity, and launched a bidding war among record labels to represent him. Watch the commercial here. How adorable is this guy, with his sweet smile and golden pipes? Since then, he’s put out five albums and garnered two Grammy nominations. Tyrese, you can sing to us anytime!

He’s a triple threat (and then some) 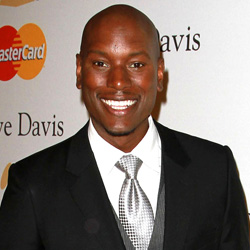 Post-Coke commerical, the world knew Tyrese could sing, and he released his self-titled debut album in 1998. After that, he started modeling for brands such as Guess and Tommy Hilfiger, and MTV tapped him to be the host of MTV Jams. Soon after, he scored roles in some of our favorite ’90s sitcoms: Hangin’ With Mr. Cooper, Moesha, and Martin, to name a few. After that, the big screen was the norm for Tyrese, with parts in films like 2 Fast 2 Furious and Transformers. Oh, and his first book, How to Get Out of Your Own Way, came out in April 2011. Seriously, is there anything this guy can’t do? (And do really, really well?)

And from what Tyrese says, he won’t be slowing down anytime soon. “I live my life by these words: ‘You can’t get points today for yesterday’s game.’ ” he told Jet magazine. “You won MVP last week, OK, get over it. It’s like, there’s another level to this thing and people like Will Smith and Denzel and Rev Run and … and like I got a few billion-dollar friends and multi-billion friends … these people have really messed up from showing me this life and lifestyle because I know that there’s a-whole-nother level of playing field out there that I can get to.” We love a man who’s motivated. 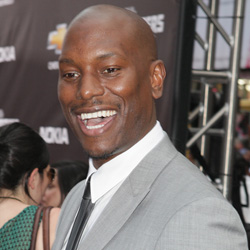 Whether he’s sharing advice with Men’s Health readers about how to improve their lives, or talking about how much he misses Megan Fox as a part of the Transformers franchise, a certain earnestness radiates from Tyrese. Case in point: His super-honest Twitter account, which he leaves raw and unedited: @Tyrese. Here’s one recent tweet from this smooth-skinned hottie: “I love you all.. And I am beyond grateful that ur taking this journey called life w/ me. As I tweet everyday I’m giving you my best!!!”

Tyrese has a daughter, Shayla Iylana, from his short-lived marriage to Norma Mitchell. He has previously been linked with actress Sanaa Lathan, but most recently, the National Enquirer reported that Tyrese was dating Whitney Houston. He adamantly denied it on Twitter. We love Whitney, but we’re glad this multi-talented hottie is still on the market!

Check out this Coca-Cola commercial from 1994 featuring a young Tyrese Gibson. 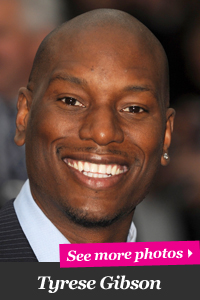