Amy Winehouse should have been riding high on her success. Instead she was found dead in bed, alone. What went wrong? 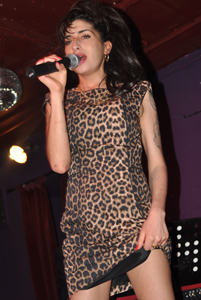 Amy Winehouse was discovered as a teen and her first album released when she was just 20 years old, to high critical acclaim. Frank was nominated for a Mercury Prize and a BRIT Award, as well as achieving platinum record sales. Her 2007 release Back to Black featured Rehab, the song that became her anthem, and earned her five Grammy Awards.

Winehouse is credited for the resurgence of British pop and a return to jazz and Motown roots, but her unique musical vision was no match for her desperate addiction to drugs and alcohol.

Things started going bad as far back as 2007 — not coincidentally the same year she married Blake Fielder-Civil, a grammar school drop-out who later admitted to introducing the singer to crack and heroin. After a volatile two years that included violent arguments and daily paparazzi shots of the pair high on drugs, the couple divorced in 2009 — but Amy’s addiction had already taken full hold.

In November of 2007 on the opening night of her 17-date tour, Winehouse saw most of the crowd walk out after she appeared drunk and stumbled around the stage, unable to perform. This behavior continued for several more shows until the tour was canceled, citing exhaustion — but her period of rest was actually brought on by an overdose of heroin, ecstasy, cocaine, ketamine and alcohol.

Videos surfaced of Winehouse smoking crack and talking about taking other drugs while Winehouse was in and out of rehab, most recently in May 2011. All of this abuse was taking its toll on her body. Winehouse was diagnosed with the beginning stages of emphysema and an irregular heartbeat in 2008 and was told that her lungs were operating at only 70 percent capacity due to her chain smoking and crack habit.

In 2009 during a performance at a St. Lucia jazz festival she had trouble remembering the lyrics she herself had written and walked off stage in the middle of a song. The singer was booed offstage during an early 2011 Dubai performance and in June canceled her 2011 European tour after several incidents of forgetting lyrics and the names of her band members and being too drunk to perform, including a disastrous performance in Belgrade.

In the last eight years, Amy Winehouse has suffered from drug and alcohol addiction, self-mutilation, depression, eating disorders and violent mood swings. Her own mother said she would be surprised if Amy lived to see her 30s.

The singer’s last step on the stage took place just last Wednesday, when she unsteadily appeared at the iTunes festival to support her goddaughter Dionne Bromfield and urged the crowd to buy the teen’s album but refused to sing. Amy Winehouse was found dead just two days later, becoming the latest member of the 27 Club — another tragic end to a troubled life.