Leighton Meester is suing her mother for using money meant for her sick brother to pay for Botox and hair extensions. 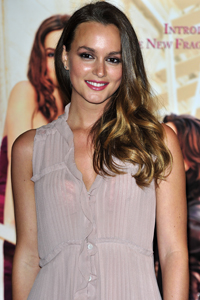 We all get mad at family every once in a while, but have you ever been mad enough to sue your own mother? That’s exactly what Leighton Meester is doing, and if what she says her mother did is true, we don’t blame her!

The Gossip Girl star says she sent her mother, Constance, $7500 a month specifically to provide for her brother, who has severe medical issues. Instead, mommy dearest spent it on Botox, hair extensions and plastic surgery.

Not surprising considering Constance was locked up in prison on drug charges when Leighton was born — definitely some character flaws there.

The last straw came when Constance insisted to Leighton they had made an oral contract that the actress would send her mom $10,000 a month for life — and threatened to sue her for $3 million if she didn’t pay up.

Instead, Leighton is bringing her mom to court. She wants a judge to declare there is no such contract in place.

Thanksgiving dinner is going to be a little awkward at that house this year.