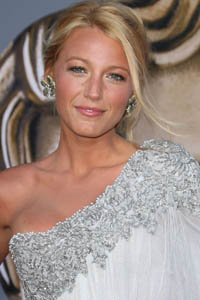 Blake Lively and Leonardo DiCaprio have gotten back together and are dating again after stories emerged that the golden couple had parted ways. They were spotted all over each other on a romantic getaway from the paparazzi and Los Angeles.

Blake and Leo took in the sights of Santa Barbara, California, where, sources say, the Gossip Girl actress and the Academy Award winner were acting “lovey-dovey.” The two spent some time in a sunglass shop where DiCaprio was looking for a certain pair of shades that he wanted, and the duo acted as if they were “never letting go of one another.” Lively was there to help with fashion advice, but it wasn’t too long before people figured out who the star shoppers were.

“They seemed very much in love,” a store employee said. “They were in the store for about 10 minutes before a crowd of fans noticed them and they rushed out.”

Previously, when DiCaprio invited Lively to meet his mother, DiCaprio’s mother didn’t approve of the blonde actress. Because Lively was nervous about meeting the woman who could one day become her mother-in-law, she wouldn’t stop talking about herself, leading DiCaprio’s mother to conclude she “couldn’t stand” Lively.

Apparently, either DiCaprio ignored his mother’s reaction, or he decided to give his girlfriend-of-the-moment another chance.