Stars like Cher, Eliza Dushku and Omar Epps are speaking up to aid in veteran suicide prevention. 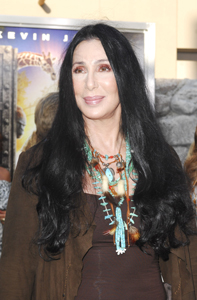 The PSA, starring a dozen of your favorite celebrities, will air on Discovery’s Military Channel and aims to support military families and prevent veteran suicides through the Creative Coalition and Blue Star Families.

“We are grateful to the Military Channel for providing a platform to allow America’s artists to help bring a lifesaving message to our service men and women, and their families,” said CEO of the Creative Coalition Robin Bronk.

“Military Channel is pleased to partner with the Creative Coalition and Blue Star Families to employ the power of the arts to shed light on this crisis. The artists who participated are true patriots, and we thank them for their contribution to this cause,” said Henry Schleiff, General Manager and President of Military Channel.

Check out one of the PSAs:

You can see the full series of PSAs on the Blue Star Families YouTube page.