Robert Rodriguez has once again confirmed that a Sin City sequel is in development. The director appeared on a panel at this year’s San Diego Comic-Con and announced that more Sin City and Machete films are on the way. 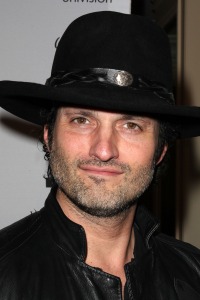 The original Sin City was released in 2005 and featured an all-star cast including Bruce Willis, Benicio del Toro and Mickey Rourke. The film was based on a popular graphic novel by Frank Miller, who also co-directed the movie.

According to Robert Rodriguez, he’s in the process of writing Sin City 2 and is expecting to shoot it later this year. To be fair, this isn’t the first time he’s said this statement. The movie was also rumored to begin production last year and the year before that. Perhaps 2011 will be luckier than the previous two.

The director also confirmed that he has plans for sequels to his underground exploitation flick Machete. The first film was based on a trailer that appeared in Rodriguez and Quentin Tarantino’s Grindhouse collaboration, which featured Danny Trejo as the title character.

The titles for the Machete sequels are currently being shopped as Machete Kills and Machete Kills Again. They’re very straight to the point. Don’t you think?