Sharon Osbourne, a pivotal part of the daytime television show The Talk, has asked producers for some time off so she can be with her husband, rocker Ozzy Osbourne, who is just coming off of an 18-month tour. Ozzy’s tour ends in September, so Sharon would like some R&R with her hardworking hubby and family before resuming her hosting duties on the CBS series.

She was once known only as Ozzy’s outspoken wife. Today, Sharon Osbourne is a business unto herself, working on not one, but two shows simultaneously — America’s Got Talent and The Talk. It is because of her heavy work schedule, as well as husband Ozzy’s, that Osbourne has asked the producers of The Talk to allow her some time off to be with her family. 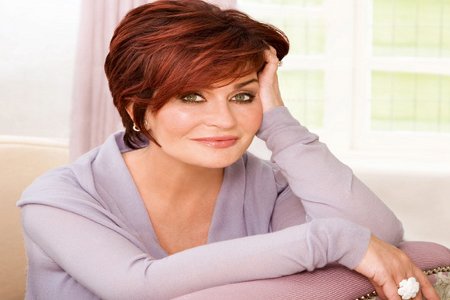 While there has been no official comment from CBS television who distributes The Talk, Sharon has made it very clear that she really needs time to recharge her batteries, with Ozzy of course!

Said Sharon to AOL.TV, “I’ve kept it no secret that I really miss my husband. He’ll have been on tour for 18 months by the time it’s over. I’ve spent a lot of time away from him. He gets a break at the end of September, and so I’ve asked [the show] for a little break so I can be with him.”

Besides her hosting duties on The Talk, Sharon is one of three judges on America’s Got Talent. She is also something of a professional house flipper. Osbourne loves to buy homes, make them fabulous and sell them off for a profit. Of her hobby, she has stated, “I get itchy feet. We’ve never stayed in a place longer than seven years.”

Most recently, the Osbournes have put their Hidden Hills estate in California up for sale for the whopping price of $12M. They also have a property located in Malibu listed at $9.5M.

Until the green light is given to her, Sharon is perfectly happy to stay put at her day job, stating, “I don’t want to give [it] up. It’s a great, great show. We’ve all worked really hard over the last year. I’m not going to walk away from that. I just need some real good quality time to be with my hubby.”