After several serious personal and professional faux pas, Prince Andrew is being demoted from his role as trade ambassador. 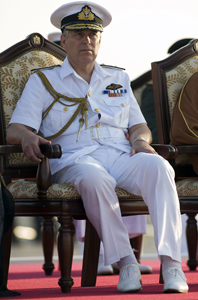 Prince William’s uncle, Prince Andrew, has basically been fired from his position as trade ambassador to the United Kingdom, Buckingham Palace announced yesterday.

Prince Andrew is stepping down after several serious faux pas tarnished his image and in turn that of the entire royal family.

First there’s that sassy ex-wife of his, Sarah Ferguson, who has her own decidedly un-royal reality show. Add that to the fact that Andrew was discovered to have a close friendship with an American billionaire convicted of pedophilia and several totally inappropriate comments while on the job and you have a prince who is being forced to resign.

“The prince is expected to announce that he will concentrate on boosting skills training and apprenticeships in Britain in future, in what is bound to be seen as a significant downgrading of his role,” reports the UK Guardian.

So who is going to take his place? None other than the uber-popular Will and Kate, of course. “Prince William and the Duchess of Cambridge are expected to take a greater part in promoting trade during their future foreign trips,” said the Guardian.

The couple already warmed up to their new roles by hosting a business event focusing on British trade during their whirlwind trip to Los Angeles earlier this month.