Paris Hilton is super ticked off at ABC and says the network totally set her up! 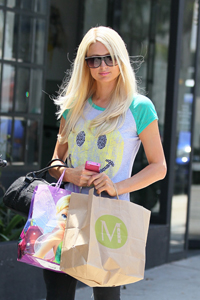 There are a few things you apparently shouldn’t say to Paris Hilton. One of them is that she’s a has-been.

Hilton walked off the set of an interview with ABC after Dan Harris asked her in not so many words how it feels to be yesterday’s news. Now Paris says the reason she was so upset is because she was obviously set up.

Paris’ peeps say the interview, set to air on Good Morning America, was supposed to be about the very serious topic of stalking — Paris’ own stalker was arrested earlier this month. Harris obviously deviated from that topic rather quickly.

Hilton was further thrown by the fact that just moments before Harris was raving about the success of Hilton’s $1 billion fragrance and merchandising lines.

“It’s ridiculous that he went on and on about her making a billion dollars, and then asking if she’s relevant,” said a source. “She is upset. She felt ambushed.”

Making it even worse is the fact that Hilton’s peeps say she was told by ABC they would cut the walk-out portion of the interview, but it was left in anyway. The source says it’s obvious that Harris orchestrated all of this to bring publicity to himself.