Demi Lovato is still working on the issues that took her to rehab in 2010.

Demi Lovato has come a long way since her stint in rehab earlier this year: She’s released a new hit single and video, Skyscraper, admitted her personal problems and might be dating the much-older Ryan Phillippe. 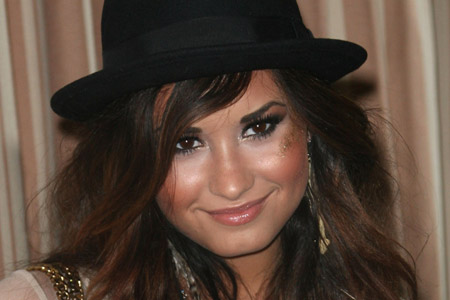 We’re happy that Lovato is in a better place now, though we’re not too thrilled about the Phillippe development. We’re also excited that Lovato doesn’t think her healing process is over just because she’s not in rehab.

“This is an ongoing process, and the hardest part about these diseases is that they’re things that I’m going to have to face every day for the rest of my life,” Lovato told AOL Music.

The singer and actress doesn’t blame the entertainment industry, though — her issues come from childhood.

“They are issues that every girl deals with,” she explained. “Cutting has become so common with so many girls, and in almost every family, people have tried it or experimented with it. And there is addiction all over the place.”

She does admit that being under public scrutiny is hard, but she’s not willing to put off her career.

“I’m going to mess up, and I’m not going to be perfect,” Lovato added. “But as long as I try every day to get better and better myself, then I’m one step ahead of where I was before.”

“I thought, ‘Music is something that keeps me healthy and that has saved my life at one point,'” she added. “I love it, and I’m not going to give it up.”