The Beastie Boys and Spike Jonze have done it again: This time it’s the video for Don’t Play No Game That I Can’t Win, featuring Santigold. The Beasties and Santigold get the action figure treatment and go on a nostalgia-rich adventure fit for James Bond — until the zombies show up!

The Beastie Boys last teamed up with director Spike Jonze in ’94 to create the cop homage video Sabotage and now, they’ve done it again. The new video for the Beastie Boys track Don’t Play No Game That I Can’t Win featuring Santigold has dropped and it’s a born classic. 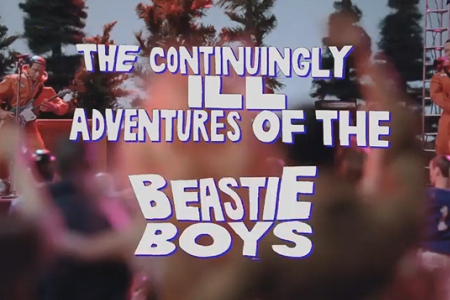 There are actually two versions of the nostalgia-fest out, a full length 11-minute adventure and a much shorter “episodic” adventure. In both versions, all the characters, including Beastie Boys Mike D (Michael Diamond), MCA (Adam Yauch) and Ad-Rock (Adam Horovitz), plus Santigold, are represented with plastic action figures. Every once in a while, you even see hints of hands and wires “playing” with them.

As the quartet rocks out to a crowd and does some crowd surfing, nefarious action figures are watching. Soon, the crew finds itself in the midst of some serious action, battling G.I. Joe baddies in the arctic cold, until suddenly — they’re battling zombies?

You really just have to watch for yourself and lucky you, SheKnows has both versions here!

Don’t Play No Game That I Can’t Win is from the Beastie Boys’ newest album, Hot Sauce Committee Part Two.

Don’t Play No Game That I Can’t Win: Episodic Version