Chelsea Handler is being haunted by a ghost from her partying past. An old friend of the talk show host says alcohol wasn’t the only thing Chelsea had an unhealthy love for back in the day.

Chelsea Handler’s partying ways are no secret. The 36-year-old host of Chelsea Lately is open about her love of alcohol, but a former party pal is ousting more than vodka secrets from Chelsea Handler‘s closet. 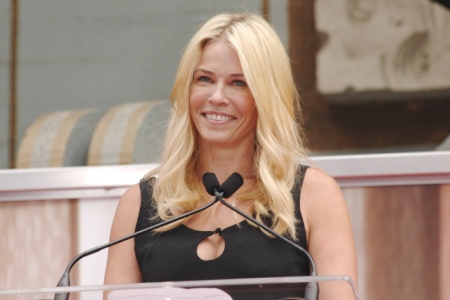 Morgain McGovern (who we’re going to go ahead and assume is an ex-friend of Chelsea Handler) has given a new interview about their shared partying past.

Speaking of Chelsea Handler, Morgain McGovern told Radaronline, “I’ve done pharmaceutical grade ecstasy twice in my life and both times she was involved.” Of their time as friends in 2003 she says the group of friends did cocaine and ecstasy on a regular basis.

“I thought, ‘I am going to die, I’m going to die if I hang out with these girls,'” Morgain confessed. “Someone should have staged an intervention. Every time we went out, drugs were involved.”

Today Morgain says she is clean and sober and no longer running in the same circles as Chelsea Handler, who she believes is still drinking — which may just be the worst kept secret in the world! The star’s collection of essays, titled Are You There Vodka? It’s Me, Chelsea, is currently being developed into a new show for NBC.

Chelsea Handler’s rep tells SheKnows, “This is the kind of stuff Chelsea likes to deal with on her show,” adding that Chelsea has already written about her past in her books.

Sound to you like someone is just trying to stir up trouble for Chelsea Handler?