America’s Got Talent sent another set of four on to the next round and all our picks made it! Congratulations Silhouettes, Steven Retchless, Daniel Joseph Baker and Smage Bros. Riding Shows.

We picked four standouts during the America’s Got Talent performance round this week and it’s too bad we weren’t the betting kind because we picked right. 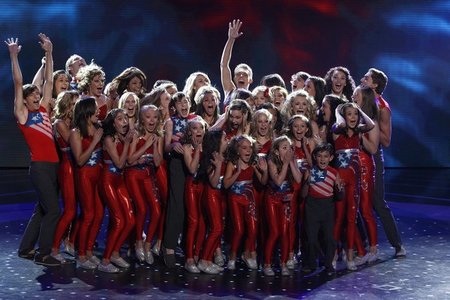 The first of our favorites to move on was the Silhouettes. These extraordinary artists tell beautiful stories with shadows and lights and we were completely impressed with their tribute to America this week.

Following close behind was Steven Retchless, another favorite of ours. Steven Retchless won’t be for everyone, but his grace and strength displayed in his pole dancing are obviously making him a fan favorite. Howie Mandel gave him some good advice when he told Retchless to make himself even more appealing next time around.

Outspokenly fierce singer Daniel Baker Joseph was another favorite to move on. He’s not always perfect vocally, but what he lacks in technique he makes up for with sass and fire. Anyone who can jam to Lady Gaga and borrow her signature “foot on the piano” move is okay in our book.

The last to move on was the danger-act the Smage Bros. Riding Shows. These two motorcyclists perform stunts that could leave someone minus an ear, eye or even head. They actually got the judges’ pick and the poor man who lays down his life on the stage for the Smage Bros. to ride over must be shaking in his boots for what’s next. 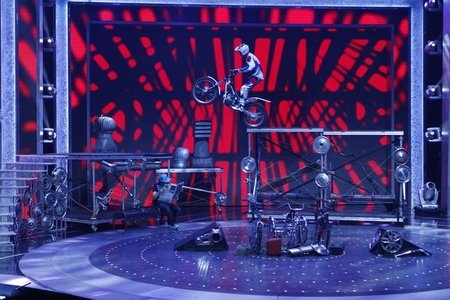 So, America put through shadows, a pole dancer, a singer and a dangerous motorcycle act. Wouldn’t you say that’s variety? Do you agree with America and the judges’ choice to move on in the next round of America’s Got Talent?