Shia LaBeouf is done working with robots. The actor who shot to superstardom with Transformers is taking his career in a more serious direction. LaBeouf has been cast in the upcoming Robert Redford drama The Company You Keep. 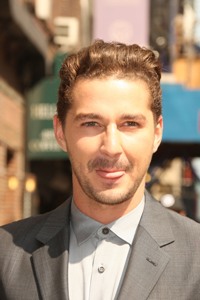 Shia LaBeouf will put on his big boy pants for his role as a young journalist investigating an underground militant who’s wanted by the FBI. Robert Redford will play the latter role, which will have him pulling double duty as an actor and director.

The Company You Keep is sticking with LaBeouf’s trend of gritty, more mature characters. Last year he starred opposite Michael Douglas in Wall Street: Money Never Sleeps and he recently finished production on the indie drama The Wettest County in the World, in which he plays a bootlegger during the Depression.

The script for The Company You Keep, which was written by Lem Dobbs, must be amazing because it’s been several years since Redford has both starred in and directed a film. His last multitasking feature was 2007’s Lions for Lambs.