Bradley Cooper is about to put his boyish good looks to use. The actor has officially signed on to play the most devious and manipulative character of all time — Satan! 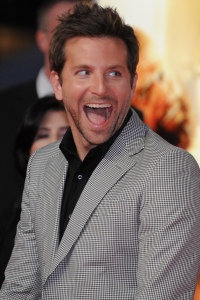 Bradley Cooper will appear in Alex Proyas’ feature adaptation of John Milton’s Paradise Lost. Are you familiar with the poem? It’s an epic 17th century work that tells the story of how Adam and Eve fell prey to Satan’s charms and were forced out of the Garden of Eden.

If you need someone who can come across as believably sneaky and suave, Bradley Cooper is the perfect choice! We’re actually more interested in seeing who they’ll pick to play the first man and woman. What two actors could convey such innocence and naivete?

Paradise Lost will be a major undertaking in terms of special effects but we have faith in Proyas. He’s previously directed I, Robot and Knowing, so he’s familiar with the ins and outs of CGI. The film will be predominantly shot at Sydney’s Fox Studios in New South Wales.

Paradise Lost is slated to hit theaters sometime in 2013.

Check out Bradley in our Man Candy Mondays!>>