New details have been released in the sexual harassment suit against Britney Spears, and her former bodyguard is accusing her of some highly toxic behavior. 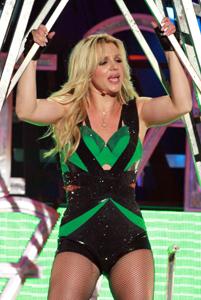 The ex-staffer says that in addition to parading around naked and beseeching him to have sex with her, Spears farts nonstop, picks her nose “unapologetically,” doesn’t shower for days on end, brush her teeth or wear deodorant and chain smokes so badly she reeks of stale cigarettes.

“Defendant Spears was mentally unstable, and personally obnoxious and demanding, requiring her staff on various occasions and for no rationally discernable reasons to address her as Jennifer or Queen Bee, on other occasions, Defendant Spears would cut her hair in an erratic fashion, leaving uneven and bald spots on her head,” according to court documents filed in the case.

“Based on his former experience as a police officer, Plaintiff (Flores) is informed and believes and alleged thereon that Defendant Spears was often under the influence of illegal prescription and non-prescription drugs, such as Ritalin, Narcon (Naloxone) and methamphetamines.”

Basically, Britney Spears was acting like a drunk frat boy.