America’s Got Talent went live with its second set of 12 this week and aside from a few standouts it was kind of lackluster.

Up until this week, we’ve been pretty impressed by all the competitors on America’s Got Talent. We’re not sure if they’re all facing nerves or they’re just getting boring, but no one really had the spark to keep us wanting to watch. 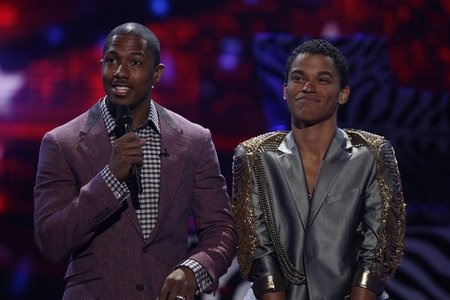 The Smage Bros. Riding Shows are terrifying! They pretty much take their motorcycles and perform stunts that could leave someone’s head smashed on the stage. This week they upped the ante and you just have to check out the video to see for yourself.

Pole dancer Steven Retchless was one of the other standouts in the otherwise dismal evening. Retchless makes an art of a taboo subject and we just can’t help but be mesmerized by him. It’s the way he moves and his choice of music that earned him a spot on the America’s Got Talent stage and we can’t wait to see what he does next.

Daniel Joseph Baker is one of those singers that deserves to be on stage, but not everyone will get him. He’s got fierceness, attitude and vocal stylings to back it all up. His rendition of Lady Gaga’s The Edge of Glory was not vocally perfect, but performance-wise it was totally Vegas-worthy — and that’s his appeal.

The Silhouettes are unlike any other act we’ve seen. They do like their name says — they create storytelling with shadows or silhouettes. Check out their tribute to America.

What did you think of this week’s performance round on America’s Got Talent? Who do you think will move on during the results show Wednesday night?