The CW’s new fall show The Secret Circle has added Logan Browning to its line-up. 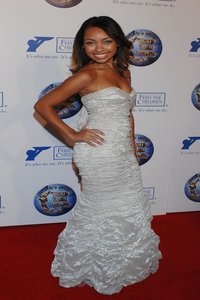 The CW is rolling out one giant supernatural Thursday when it returns in the fall. The network’s highly anticipated series The Secret Circle has added Logan Browning to its cast.

Logan Browning is set to take on the role of Sally Matthews, who is not one of the show’s witchy characters, but a loner who becomes friends with the main character Cassie (Britt Robertson).

The Secret Circle features Cassie’s struggles as she realizes she’s the key to a battle between good and evil.

You may also remember Logan Browning from TBS’ hit show Meet the Browns and from her appearance on Disney’s Pair of Kings. Will you join The Secret Circle when it debuts on September 15? Tell us what you think. Will your Thursdays belong to the supernatural? We know ours will.