This week, the 2011 San Diego Comic-Con Convention is in full effect. The annual celebration will kick off with the world premiere of Marvel’s Captain America: The First Avenger and continue on with a slew of blockbuster panels including The Twilight Saga: Breaking Dawn and The Amazing Spider-Man! 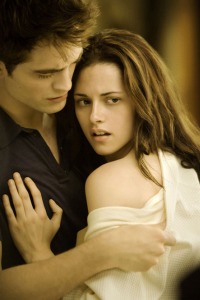 What are the hottest presentations at San Diego’s Comic-Con? Well, if you’re a movie buff you’re in for a weekend filled with vampires, superheroes and fairytale heroines. On Thursday, the biggest and hardest panel to get into will be The Twilight Saga: Breaking Dawn Part 1. The presentation will be held in Hall H (at 11:15 a.m.) and will feature the debut of exclusive footage from the film and a Q&A with the stars.

Later on, Twentieth Century Fox will make their presence known by previewing some of their upcoming releases. Thus far, the titles being showcased have been kept under wraps but we wouldn’t be surprised if footage from Rise of the Planet of the Apes made an appearance during their panel. It takes place in Hall H and begins at 3:15 p.m.

On Friday, Screen Gems’ popular series Underworld will return to Comic-Con to promote the fourth installment of the vampire-werewolf franchise Underworld: Awakening. Kate Beckinsale, Michael Ealy, Len Wiseman (producer and director of Underworld and Underworld: Evolution), and directors Mans Marlind and Bjorn Stein will all be on hand to talk to fans and answer questions about the new sequel. The panel starts at 1:30 p.m. and will be held in Hall H. 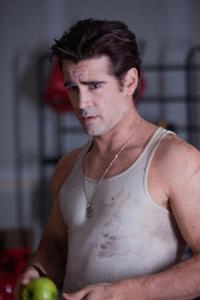 DreamWorks will introduce their highly anticipated remake of 1985’s Fright Night, which features Irish actor Colin Farrell in the role of the seductively dangerous vampire Jerry. Farrell will be on hand, alongside his co-stars Anton Yelchin, Christopher Mintz-Plasse, Imogen Poots, Dave Franco, director Craig Gillespie and screenwriter Marti Noxon. The panel starts at 2:45 p.m. and will be held in Hall H.

The honor for the biggest studio panel to appear at this year’s Comic-Con goes to Sony Pictures. They’re previewing not one, not two, not three but four films including Ghost Rider: Spirit of Vengeance, 30 Minutes or Less, Total Recall and The Amazing Spider-Man. All the fun begins at 4 p.m. in Hall H.

Saturday will bring the return of Kristen Stewart, Chris Hemsworth, Sam Claflin and Charlize Theron as they promote Universal Pictures’ Snow White and the Huntsman. It’s a slightly different take on the classic children’s fable that will put more emphasis on the woodland hunter than the fair princess. The panel starts at 3:30 p.m. in Hall H.