Rumors are spreading that Jennifer Lopez left Marc Anthony because he was too controlling of her wardrobe and sexy image. 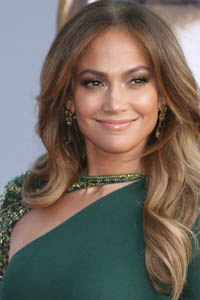 If you thought the reason behind the Jennifer Lopez and Marc Anthony divorce announcement was that Anthony was attempting to control Lopez’s super-sexy style, you’d be right. Now word is circulating that Anthony was always uncomfortable with JLo’s sex symbol reputation, and it seems his futile attempts to control her sexuality and fashion style were bound to backfire.

Last year, at a photo shoot for Us Weekly‘s Style Icon of the Decade, Anthony was seen trying to direct how the singer looked in her photographs and manipulated Lopez into feeling insecure to try and keep control over her.

“He would make her feel terrible about herself if she wanted to wear something sexy,” a source said of his behavior on the set, observing that Anthony wanted Lopez to look like his wife, not an international star. “He likes her to dress in a demure, ‘wife’ style. He hated the fact that she was a sex symbol.”

He criticized one photo for being “too sexy and unbecoming for a 40-year-old mother of two,” while another source said the problem was Anthony’s desire to dominate his wife’s life, looks and career.

“Marc has always been a very dominating husband,” the source said. “He wants to control everything Jennifer does.”